She has appeared in over 20 classical staged works in NYC, as well a numerous contemporary and world-premier plays. For resume click here.

2020: Jessica kicked off the new decade by appearing at Theatre For The New City’s month-long presentation of POTTER’S WHEEL by Gina Tracy.  She will revive her role as a German woman hiding a Jewish child in Alaina Hammond’s short drama MY COUNTRY BURNS and will also appear in a radio broadcast of WAR OF THE WORLDS produced by RIPPLE EFFECT ARTISTS.

2019: Jessica began to write her one-woman show about motherhood. She directed musicals for Miller-Coffman and Mixing It Up Productions. She went into collaboration with musical legend Mark Barkan.  She helped to leverage the climate change Off-Broadway U.S. Premier of Duncan MacMillan’s 2071:THE WORLD WE’LL LEAVE OUR GRANDCHILDREN.

2018: directing The Cherry Orchard was a personal highlight for her, this year.  She also worked with Jonathan Libman to stage the short drama Guarding the Bridge that played at The Triad. She also starred in the one-woman short by Strindberg: The Proposal, directed by Monica Blaze Leavitt, and she jumped into closing performances of Chekhov’s The Proposal.  She will end the year playing ‘Dessa’ in Tongue of a Bird produced at two venues (Medicine Show Theatre and Shetler, including the involvement of Miller-Coffman Productions) helmed by Mary Sheridan, directed by Linda Nelson.

2017: performed in two productions of She Has a Name, first directed by Beth Newbery, then directed by Jana Robbins. In between, she directed Jack Gilbert’s apocalyptic play Shelter (April).

2016: performed in readings of Andrew Kooman’s acclaimed drama She Has A Name (April and June) which is premiering on stage in January, 2017; directed a reading of Jack Horton Gilbert’s apocalyptic play Shelter (April), and played the title role in the outrageous comedy Bud & Blossom directed by Saba, (November, 2016) for which she won a Jean Dalrymple Award.

*From the Vault! My 90’s Hardee’s commercial* 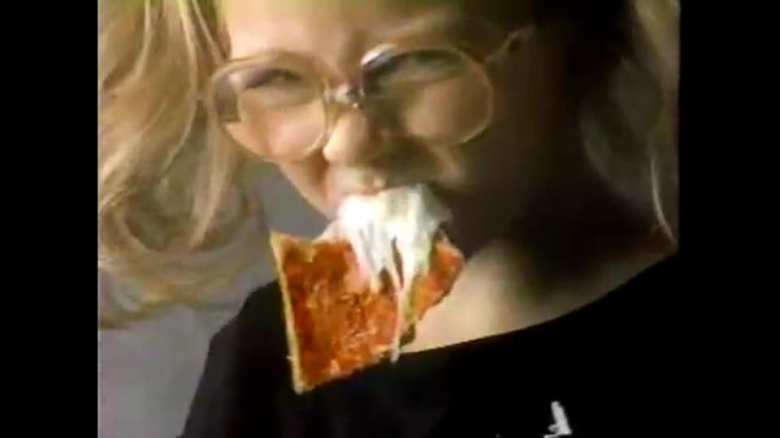